Inspired by the Earthquaker devices Westwood, this translucent overdrive pedal tool excels at pulling the most harmonically rich drive from any amplifier.

The founder of EarthQuaker Devices, Jamie Stillman, in his own words, states that the pedal was “kind of an experiment I did for myself.” Somehow related to Paul Cochrane’s Timmy features an active bass and treble control and up to 20db level boost. For this pedal, we included the possibility of adding a diode selector toggle to choose in between two different sets of diodes.

Inspired by the sonic clarity and definition imparted by a BBE Sonic Stomp Sonic Maximizer in a Music Man HD -130 amp, Jamie set out to build an overdrive that would similarly restore the signal definition and harmonic content lost to amplitude and phase distortion in guitar amps.

Achieving clarity and crunch at the same time can seem counter-intuitive; there is often some drawback in terms of note separation and definition. However, it’s immediately apparent that Westwood achieves its goal of signal transparency extremely well. When you hit a full, open E, each string’s unique timbre comes through easily, followed by an interesting dynamic sustain as the sparkling high end fades into a nasty low-end growl.

The overdrive’s essential flavor is incredibly natural and amp-like when using flat bass and treble settings, with pleasant tube-like quality. Boosting the treble level adds presence and midrange, which is useful for compensating for muddy humbuckers, such as lowering the level tones down slightly enough to tame a particularly peaky amp.

Raising the bass level to more extreme ranges evolved the sound from slightly assertive to a noticeable drone reminiscent of the low-end jolt heard in Metallica’s infamous. And Justice For All guitar mix, while extreme treble settings created an interesting lo-fi AM radio sound.

For this pedal, we included a diode selector toggle that switches in between the stock 4148 and our hybrid combination of silicon diodes + red LEDs for a more open sound. You can bypass this toggle and build the stock version by placing a jumper in between the 2 circular pads of the toggle and leaving D7-D10 unpopulated.

Be the first to review “Forestal Device – Australia” Cancel reply 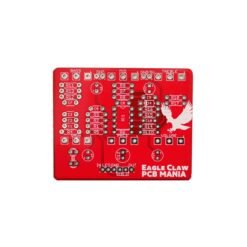 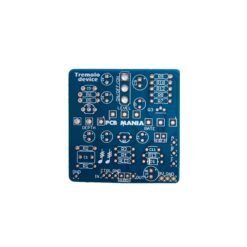