About The Pedal Creators

Everyone can build excellent boutique guitar pedals. Everything we do is to make that experience more accessible and user-friendlier. The Pedal Creators series are the best and easiest to build PCBs ever. Including most resistors and capacitors already soldered on board as SMD components, leaving the key values for you to experiment and craft your own tone. Now you can build a pedal you are proud of in less than an hour without any previous experience. What are you waiting for to become a Pedal Creator?

Here’s your chance to build one of the most polemical pedals now banned off the markets. This simple yet powerful drive consists of a MOSFET buffer followed by an opamp gain stage and a second MOSFET gain stage and will deliver all the distortion to melt or offend your audience and fellow bandmates!

Everybody is talking about its name, but no one about the sound of probably the most controversial pedal ever. By 2018 Satchel from the Band Steel Panther released his own pedal in collaboration with TC Electronic, the Pussy Melter, and guess what? People were massively offended by the name. (Get the hint to our name?)

For a while, this was a great addition for the pedal itself and the band, but more and more stores refused to sell it, Even Reverb. People even made a petition against the pedal. So Satchel said that he would stop selling pussy melters.

In 2020 they released the Butthole burner, being this one the same circuit, but with a  different enclosure and a different effect on the general public.

But enough about that. Let’s talk tone!

I did not expect a bad pedal from TC but some kind of JMC800 emulation. Instead, it’s a completely new circuit design, and holy moly it delivers great rock n roll tones from the slight drive to dirty to… ahm… melting… things.

Sound-wise I would say it goes in a Marshall/Friedman direction, but a little bit darker.

The circuit requires the CA3240 opamp. Using TL072 or similar will not do the trick. At least it did not work in my build.

BTW, Load is volume, Booty is bass, Sizzle is a high end, and Dirty, the amount of gain and the moist/gushing toggle will let it go nuts for singing leads.

Be the first to review “Pussy Offender SMD” Cancel reply 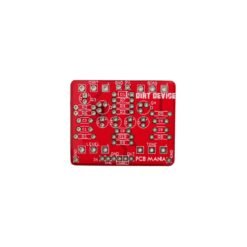