The ultimate fuzz is here! Introducing Death by Fuzz IV – This update of the Fuzz War platform is the golden mean between a Sovtek Muff and a Tone Bender making the pedal that can take your sound to new heights of fuzzdom!

Death By Audio, the brand responsible for such sound mangles as the  Audio Reverberation Machine and Echo Dream 2 Lo-Fi Delay, did it again and took the fuzz pedal design to new extreme territories. Continuing the Fuzz War saga but going a step forward into distortion insanity, the limited edition Thee Ffuzz Warr Overload delivers even more fuzz with an added Boost control that changes the treble character response of the pedal.

Since its introduction in 2010, Death by Audio’s Fuzz War has quickly become THE fuzz of the underground and a modern fuzz classic in its own right. That is why fuzz lovers worldwide got excited when hearing that the Death by Audio crew, with the help of John Dwyer (of Thee Oh Sees), had an even more brutal fuzz machine in mind. The Ffuzz Warr Overload is what happens when Fuzz War meets treble boosted, giving birth to the ultimate tool for unleashing your inner fuzz beast.

The point of departure for the original Fuzz War circuit is the Supa Tone Bender, a Colorsound-branded Big Muff design that was, in many ways, a louder, nastier version of the mythical Big Muff. In the hands of Death by Audio, the Supa Tone Bender template was twisted into an even more powerful circuit while maintaining the four-transistor, three-knob—level, gain, and tone—control configuration used by most Muff-type pedals.

The limited-edition Thee Ffuzz Warr Overload has all that brawn you could ever want from a Muff, but with the addition of a rich and present midrange that is rarely strident or overpowering. This pedal comes with four knobs that allow it to create a multitude of ultimate fuzz, boost, overdrive, and distortion sounds. It is gorgeously balanced, complex, and probably the thickest-sounding sustaining fuzz pedal we have ever heard!

Be the first to review “Death by Fuzz IV” Cancel reply 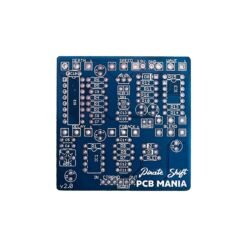 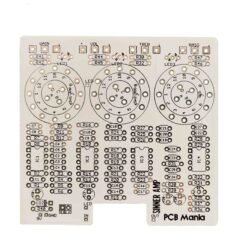