Wolfgang 61 is the Dual Channel adaptation of the Peavey 6150 preamp. It is powered by J201 transistors and includes Full EQ for each channel plus a common control for Presence and Resonance.

Get all the amazing features of the original six gain stages Peavey EVH 5150™ and a new dimension of versatility only found in its predecessor!

The 6505 is the relaunch of the 5150 Series, the immensely popular amplifiers Peavey designed with Edward Van Halen. Since the debut of the first of these amps in 1992, they are regarded as one of the best modern amps for high-gain rock and metal sounds ever created.

The newer 6505 maintains the excellence of its predecessors as an outstanding amp for high-gain tones and comes with an entire line of different configurations to meet the needs of any guitarist looking for a huge and heavy sound.

For many scores of rock, hardcore, and metal bands, these amps are the unquestionable choice, and every day get an expanding list of new endorsers due to their raw tone and relentless power! Wolfgang 6105 preamp allows you to build your own in a convenient 1790NS enclosure. The time to rock is now!

Be the first to review “Wolfgang 61” Cancel reply 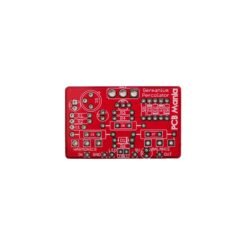